This'll get ya a high five

▶ Get 20% off YOUR Cardo Packtalk with my link!
cardosystems.refr.cc/masface

▶ Get YOUR personalized video from me!
www.cameo.com/masface6

▶ Shop through products I use!
www.amazon.com/shop/masface

▶ FOR CUSTOM MERCH ORDERS
Visit the link below, type in your full name and address along with your order and payment!
www.paypal.me/masface
MasFace black or white hat: $20
Masface Lanyard or key tag: $10

▶ Check out my music!
selists.info

▶ About me!
I'm a motovlogger from Phoenix, Arizona! I've been riding motorcycles since 2015. My first motorcycle I learned how to ride on was a Suzuki GS500F. After taking a motorcycle safety course and finally gaining some confidence on the streets, I decided to purchase my second motorcycle. A Honda CBR600RR. I still own that motorcycle to this day! After some time passed I decided to add another motorcycle to the family. So I purchased a Yamaha FZ-07. That's another bike I still have to this day! Again, more time passed and guess what I did. I purchased my final bike, as of now. A Honda Grom!

▶ What's a motovlog?
A motovlog is a type of video log recorded by a person while riding a motorcycle or any motorized vehicle. The word is a neologism and portmanteau derived from "motorcycle", "video" and "log". A rider who creates video blogs known as a motorcycle blogger, and the action of making motovlogs is called motovlogging.

▶ DISCLAIMER
All content uploaded onto this channel has neither any affiliation with its uploader nor any relation to the rider portrayed in any way which includes, but is not limited to his or her likeness, residing area or personal identity. 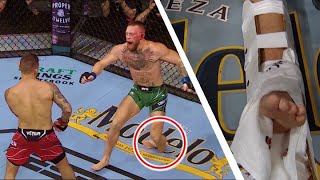 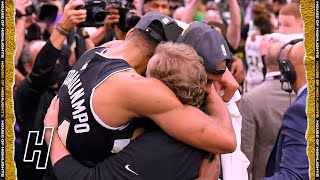 Everyone warned him to not meet the gorilla he raised ❤️ 🥺
We Love Animals
visningar 23mn
0:29

Malfunction Woke up a Man 90 Years Earlier But He Can't Stand To Be Alone
Movie Recaps
visningar 5mn
16:01